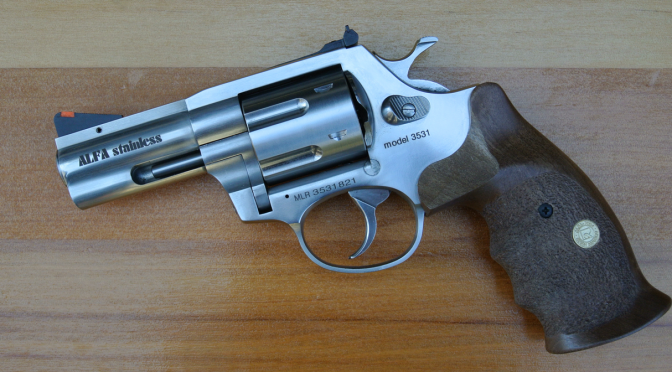 How much do you miss your pistol shooting?  If you are under 40 years old, you probably never really got the chance to own a pistol in the UK so, I guess you don’t miss it.

However, for many of us, pistol shooting was our first introduction to firearms.  There were legions of indoor 25 yard ranges in almost every town throughout the UK.  Although I thoroughly enjoyed my pistol shooting, it was pure recreation – an evening thing, a night out with the guys.  I never got serious about competitions – just the odd club shoot – Police Pistol, 1500 etc. but mainly plinking.

However, most shooters owned more than one pistol and new pistols were constantly being introduced by manufacturers and acquired by shooters – because they could!  Customisation was rife – particularly with the venerable Colt 1911 and, because we went through a lot of rounds – usually handloads – the gun trade was buoyant.

Every year, the Bisley Anno Domini Meeting – the pistol equivalent of the Imperial – was a ‘must’ for pistol shooters with competitions, demonstrations, manufacturers displays and trade stands it was un-missable.

When the ban came in 1997, I’d already discovered rifle shooting and I was well into Practical Rifle, Benchrest and a bit of Target Rifle – though F Class wouldn’t come along for another year or two – and in fairness, my pistol shooting took second place.

Then, on a visit to the Las Vegas Shot Show a couple of years ago, we journalists were bussed out to Media Day at the Boulder City Gun Club range in the Nevada desert.  All the latest pistols and rifles are on display with mountains of ammo for journalists to try.  As we plinked our way along the various manufacturers’ gazebos, we eventually arrived at Smith & Wesson range.

I picked out my old 686 357 revolver – one of my favorite pistols and took a few shots – it all came flooding back – the Weaver Stance, the trigger-pull.  “Not bad for a Brit who’s not shot for 20 years” said the guy running the range.  Then someone walked up “Hey Gerry…..”  Oh no – not Gerry Miculek?  Yep, our Range Officer was the man himself!  Professional shooter Gerry is of course a legend in the shooting world and I’d previously seen his awesome shooting display at an Anno Domini meeting at Bisley 20-odd years ago.

Well, more S&W pistols were tried and we spent a very pleasant half hour with Gerry and I remembered just how much fun you can have plinking with a pistol and what we Brits had actually lost.

In the UK, we’ve struggled to cling on to some form of pistol shooting.  A few went the muzzle-loading cap ‘n’ ball cowboy stuff but it never really appealed to me.  Or you could eventually buy a 12 inch barreled 357 Taurus with a bit of metal sticking out the back to bring the length to the required twenty-four inches.  This looked like a good option but I was now a member of an active rifle range and few other members seemed interested.

My first ‘post ban’ pistol acquisition was a 22rf 1911 – a German GSG replica of the famous Colt but with a silly 12 inch barrel, faux silencer and that bit of wire sticking out the back to make it UK legal.  I quite enjoyed shooting it and even fitted one or two accurising parts but unfortunately no one else bought one and shooting solo didn’t really appeal.

Then I tried one of the little Armscor 38 revolvers – a neat little  muzzle-loader based on their existing 38 Special pistol and using nitro rather than black powder – it was quite good fun.  In between, I’d also shot pistol in the Isle of Man – where they are still legal, would you believe.

At the various British Shooting Shows I’d always been impressed with Alan Westlake’s conversions of the Czech Alfa pistols.  These are very much a 357 Smith & Wesson clone but Alan rebuilds them – with a new cylinder, machined to take a reduced nitro powder load and shotgun primers.  No coat-hangers sticking out the back, no 12 inch barrels. This is as near to what we used to shoot as we are permitted.  Alan offers various barrel-lengths from two to six-inches and the one we’re reviewing today has a three-inch barrel but with proper sights.  It 100% looks the part – I can’t wait to shoot it.

The reloading process is – well tedious – similar to any cap and ball revolver, though it could be speeded up by having more than one cylinder – which would be preloaded.  However, additional cylinders need to go on your FAC.  The cylinders are easily swapped – flip open the action and you can swap cylinders as quickly as using a speed-loader.  I don’t have any spare cylinders but I do have some little 3D printed gizmos designed to speed up the reloading process.

The first is a container with six chambers to match the revolver cylinder. It comes with a lid – held in place with a magnet – to prevent powder spill and the six Alfa chambers can be recharged in seconds with great accuracy.

There is also another gizmo holding the 6 primers and yet another holding six bullets.

De-Priming, priming and charging takes a couple of minutes and the six lead wadcutter bullets are pressed in individually with the simple supplied press, which comes with the pistol. So, with a handful of pre-loaded powder dispensers you can speed up the reloading process considerably.  (Unfortunately, Norman Farmer has recently passed away so the aforementioned accessories are no longer available).

Personally, the most fiddly bit for me was powdering the chambers. Dropping in the primers and even seating the bullets is child’s play.

Eventually I made myself a little scoop which just held five grains – you could probably use one of those LEE yellow plastic scoops. But, the 3D gizmos are so cheap – give ’em a go and see for yourself.

The pistol comes with a booklet giving various powder recommendations and loads.  Coarse-grained powders such as Green Dot /Blue Dot /Unique /Herco are recommended as they won’t flow into the tiny primer flash-hole – which is actually a long thin ‘hole’ – necessary because the 357 magnum-size cylinder is machined to severely restrict the powder capacity to around 5 grains (depending on powder). A 357 Magnum would probably take treble that charge but, in fairness we seldom used anything like maximum charges for 25 yard indoor target shooting.

The pistol is actually proofed using 38 Special load data but, if you put in too much powder, the bullet won’t fully seat and there’s no easy way of getting it out so please, follow the data that Alan supplies with the pistol. You have been warned!

Most shooters will use a lead wadcutter-style bullet in the 148 grain range – just as we did 20 years ago.  Few shooters used copper jacketed bullets, mainly due to the high cost compared to cast lead wadcutters.  Primers are the shotgun type and simply push in.

Once loaded, the Alfa is exactly what we shot two decades ago – in looks, feel and hopefully accuracy.  The supplied wooden grip is really nice and fits my hand very well.  As always, you must work up your load and bullet combination as with any firearm for best accuracy.  Do that, and there is no reason why the Alfa will not deliver acceptable accuracy.  Unfortunately, the Coronavirus interrupted my testing and I got to fire but one cylinder of six shots.  However, I did ding a steel plate or two at 25 yards so we’re not far off.

In my pistol shooting days, an evening’s shooting would probably involve a box or two of 50 re-loads.  I had probably spent an hour on the progressive press making them.  You have to reload sometime and, like benchrest, you do it on the point with the Alpha rather than at home.

The loading process is simple but a bit fiddly and no way will you shoot 100 rounds in an evening!  The revolver must be kept clean – particularly those long flash-holes which can be ‘rodded’ with a supplied tool.  The barrel is easily cleaned with a short pistol rod fitted with the appropriate bronze brush and powder residue wiped off with Butch’s Bore Shine or similar.

Of course, the Alfa is only legal to own because it is classed as a ‘muzzle-loader’ and if you’ve enjoyed shooting other muzzle-loading rifles and pistols, I’m sure you will enjoy the Alfa.  Once loaded, two-handed Weaver stance adopted, you are back in the nineteen-nineties.  Lovely!

Without doubt, Alan Westlake is a superb engineer.  Just prior to the pistol ban, he was about to introduce his own built semi-auto pistol.  The ban couldn’t have come at a worse time and all Alan’s machine tools and equipment was impounded.  Following that, he produced a series of pistols – the aforementioned Armscor and the Taurus as well as his own ‘built from the ground up’ single shot target pistols.  He has battled the Home Office every step of the way but hopefully he is now on a sound footing with his own muzzle-loading revolver close to production – rather than relying on the Alfa.  You can read about Alan’s struggle and the pistols he offers on his website www.westlakeengineering.com

With the help of other Alfa owners we have developed an on-range reloading system using a conventional powder thrower (like the RCBS) and a bullet seater adapted from a watch-glass installer (check out Ebay) – which is a bit less fiddly than the one Alan supplies with the revolver. We can now reload a cylinder in 90 seconds – that’s bullet, powder and primer.