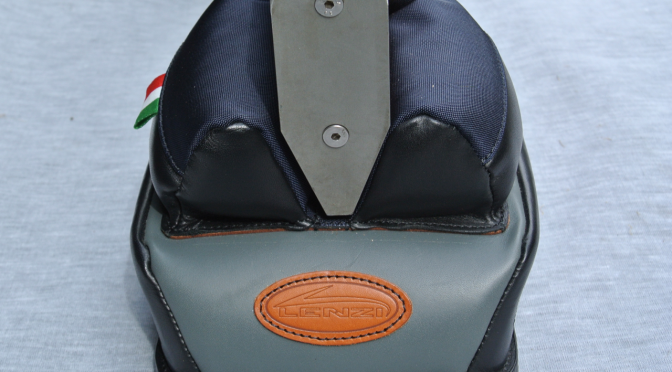 I’ve almost lost count of the number of bag-bags I’ve owned over the years – let’s see – I started with a Bald Eagle, then got a second Bald Eagle with Cordura ears, then it was an Edgewood – which I sold, then bought another – a bit higher!  Then a low Cicognani, a squeezy Protector an Edgewood Gator, plus I have a couple of Cordura squeezy bags mainly for tac rifle use.

If you shoot a rested rifle – benchrest or F Class – the rear bag is a critical part of your set-up.  Up front, you will have a decent bi-pod or ‘machine’ front rest.  When your rifle recoils, the rear bag guides the rifle – rather than the other way round!  A benchrester’s rear bag is an immovable ‘rock’ – or at least he’d like it to be!  A poorly filled rear bag can cause vertical stringing. A wobbly base set-up can throw shots. If you’re not getting the performance you need from your rifle, look to your set-up – or even try someone else’s rear bag!

When I started my benchrest career some 25 plus years ago, the Bald Eagle was THE bag to have.  Now, the Edgewood is favoured by the majority of benchrest and F Class shooters but then, along came Lenzi.

I was sceptical – after all, I’ve tried a good number of bags over the years and the Edgewood-made bags are of excellent quality, design and are very stable.  Could the Lenzi be as good – or better?

Before I ever shot off a Lenzi, I’d seen a few around on the F Class circuit.  The quality was plain to see.  The footprint was bigger than most – except perhaps for the Edgewood Gator and the ears were longer than I was used to.

Eventually I got to take a few shots (off the grass) from a rifle supported on a Lenzi.  The stability offered by the bag was immediately obvious – the rifle tracked almost like a benchrest rifle mounted on a concrete bench.  Do I need another bag?  Yes – I had to have one!

As with all rear bags, there are a few options – sixteen to be precise in the case of the Lenzi if you include the different colour combinations but, the main options are the width of stitching between the ears and the rake of the bag (level or sloping) The leather colour and colour of the stitching or super slippy ears are certainly nice options to have.  Any colour will do – just get me the bag Gary!  Gary?  That’s Gary Costello, World Champion F Class shooter and CEO of March Scopes UK.  Gary is now the UK Lenzi importer – and user!

My FTR stock is quite narrow – half an inch or so – thus I ordered 13mm stitching between the ears, with a slope – this is the BR model .  Some of my benchrest rifles have a raked underside to the butt – as required by the regulations and anyway F Class at my local range (Diggle) always requires shooting uphill. But please, check out all the options before you buy – Gary doesn’t keep the bags in stock so no need to compromise – all are special orders.  The level one is called the LR – order this if your butt underside is parallel with your barrel. The three stitching width options are 13, 16 and 19mm.

The bag took about a month to arrive and, as Gary was shooting at my range that weekend, he delivered it personally.  Another nice surprise – the Lenzi comes ready filled – with heavy sand.  I could write an article about filling bags – so many are poorly filled and thus not doing the job they were bought to do.  Basically – always fill the ears first – get them nice and solid – you can always let a little sand out later if you need to but it’s a pain to add more once the main bag is filled.

OK, before we shoot the Lenzi, lets take a minute to drool over the quality!  The LENZI shooting bags are made in Modena, Italy allegedly by the same people who provide top quality leather work for a certain Italian sports car!  Alberto Lenzi is also a benchrest shooter so he knows the requirements of a good rear bag. The flat rigid base is of heavy leather but relieved in the centre section so that it will sit solidly on a concrete bench – nothing worse that a convex base resulting in a rocking bag!  The ears are covered in a close-weave low-friction synthetic material but remember, you can have the super-slippery Scotchlite if you wish. Of course, grass or a shooting-mat on grass will never replicate a concrete bench but stability can be improved by using a doughnut – Lenzi offer one to exactly fit the bag.

My first shoot with the Lenzi was a UKBRA 1000 yard benchrest competition.  If you are to have a chance of shooting half MOA groups at this distance you will need a rifle with a genuine quarter MOA ability plus an impeccable set-up.  The key to shooting small groups is to ‘beat’ the wind – i.e pick a wind-condition – which you hope will hold for 15 or 20 seconds – and get those five shots down range super-quick.

To be able to run a bolt-gun that quick, it must return to battery as you push it forward in the rest after each shot.  The closer you are to your point of aim – the quicker you can fire your next shot.  This is the ultimate test of a good set-up. The aim point in the centre of our target is a red circle 4 inches (100mm) in diameter. When you push the gun back into battery, you hope the crosshair is in that circle. That was the first thing I noticed with the Lenzi – my gun returned to battery almost perfectly. The bag was doing its job – a solid stable platform with the ears guiding the rifle.

Of course, an F Class shoot is totally different and wouldn’t it be lovely if we could replicate the benchrester’s set-up on a shooting mat on grass!  No chance, but that big, heavy bag and its 8in x 6in. footprint goes some way to achieving it.  Ideally, put the bag on the grass and do away with your mat – or use a thinner mat*!  Although you won’t get a perfect set-up, the long ears on the Lenzi will help with a controlled recoil if you take care in setting up.

So, what does it cost – a not insignificant £205!  But, the Edgewoods are climbing into that zone now with the poor pound/dollar exchange rate. Also, the Lenzi comes filled with heavy sand – the sand alone is worth £20 and it’s hard to put a price on the fag of filling it, especially if you’re not used to doing it. So, buy the best and cry once – before Brexit!  And remember – it’s LENZI not Lanzi – you don’t want to end up with a handbag!

*GS Precision are now offering a thinner mat.  It’s an excellent quality mat like the popular AIM mat but with less padding which should assist in making a more stable platform off grass firing-points.  We’ll be reviewing the mat shortly.