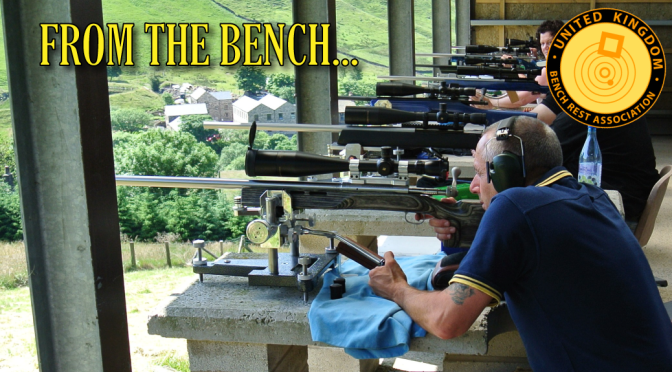 100 Yards
Highlight of the 100 yard comp. was Chris Maunder’s ‘screamer’ with his 223 Sporter rifle. It’s every benchrest shooter’s ambition to shoot a screamer (a 5-shot group measuring less than one-tenth of an inch) and most will manage it at least once in their career. However, this was the first time we’d witnessed it with anything other than a 6PPC custom gun.

Chris’s usual 6PPC benchgun is on the way to New Zealand for the World Championships in October so Chris just brought the 223 to get a shoot. Another two ‘ones’ not only ensured a win for Chris in the Sporter Class but he also took second place overall, humbling a bevy of 6PPC shooters.

Being the last shoot, we can now list the Championship winners for 2017.

1000 yards
Saturday’s 100 yard shoot took place in some of the best conditions I’ve ever witnessed in my 30 years as a Diggle shooter. The following day was a total contrast – it was 10 degrees cooler with a switchy east wind.

Again, the UKBRA Championships would be decided today – for group and score. Any one of four shooters could theoretically win it and clearly, we were in for another tense competition. Just to throw a spanner in the works, the Scottish contingent were with us – the guys who run the Gelston 1000 yd BR shoots – and they were quite capable of nicking the win and with it 10 precious points.

In spite of the cool conditions, some decent groups appeared on the first relay, with a ‘five’ from Simon Mearns (6 Dasher) and ‘sevens’ from Alex Carson (6BR) and Ian Dixon (6×47) but, the Championship contenders were on relay two.

Had the wind got up? Yes! A disappointing ‘eleven’ from Vince (6 Dasher), a ‘ten’ from Sean (6.5-284), a slightly better ‘nine’ from Mal (6 Dasher) but an horrendous twenty-incher from Tony (6.5×47) ruled him out of contention. For the second group, Vince brought himself back into contention with a stunning’five’. An ‘eight’ from Sean and a ‘seven’ from Mal made things pretty even going into the last two groups.

A ‘twelve’ from Vince and Mal but a ‘six’ from Sean meant it was more or less all over unless something remarkable happened with the final groups. An ‘eight’ and a ‘nine’ from Vince and Mal but a ‘seven’ from Sean wrapped up the Championship but there was still all to play for with today’s shoot and Sean eventually had to settle for second as Scotsman Darrel McIlreavy put in a fine performance to take the win with an eight-inch agg. which included a group of 4.348 in. to take the small-group award.

In Heavy Gun, Bruce Lenton brought his 338 Lap. Mag out to play – a good choice for it was now afternoon and the wind had definitely picked-up. However, Bruce’s agg of just 7.533 inches – which included two ‘fives’ only just pipped Alan Maughan’s 6.5×47 agg. of 7.762 in.

But, that second place was good enough to secure Alan the UKBRA Heavy Gun Championship in his first year of competition. Neither Bruce nor Alan could secure small-group however. That went to our German friend and BR regular Jochen Schulz with a stunning 3.659 incher with his Savage chambered in 284 Win. We talked about Chris Maunder’s 100 yard ‘screamer’ – well, at 1000 yards, any group below four-inches is classed as a screamer so very well shot Jochen, in less than perfect conditions.

In addition to Light Gun and Heavy Gun we also shoot Factory Sporter at 1000 yards. This Class is for absolutely standard ‘out of the box’ factory rifles and, in past years, factory Savage rifles chambered in either 6.5-284 or 6BR have tended to be the weapon of choice. 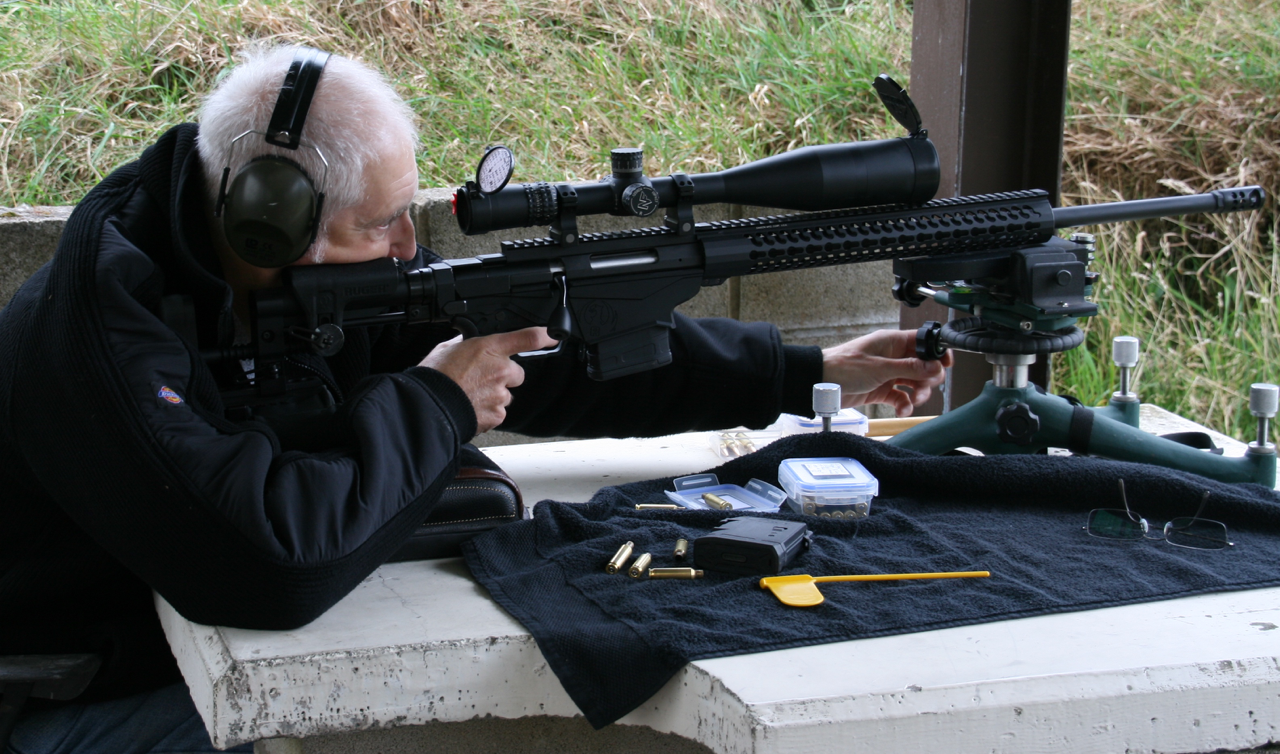 Here’s Graham Watts with his Ruger Precision Rifle in 6.5 Creemoor. First place in ‘Score’ and second in ‘Group’.

This year however, there is a ‘new kid on the block’ – the Ruger Precision Rifle chambered for the 6.5 Creedmoor cartridge. On the face of it, these tactical-styled rifles are most un-suited to bench shooting off bags and rests. However, we have seen some impressive performances and today was no exception with Graham Watts turning in seven and eight-inch groups to easily take the Class win and small group award for his 7.475 incher. 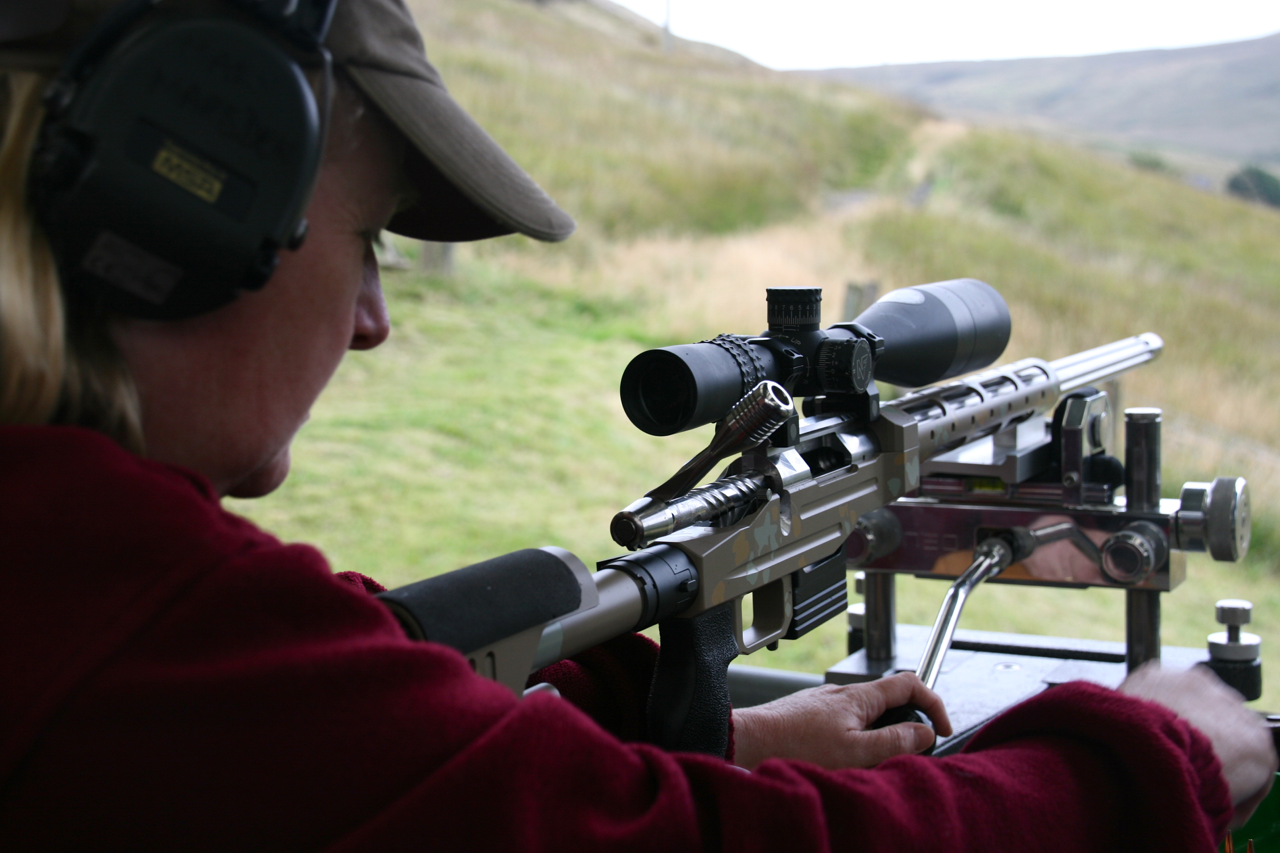 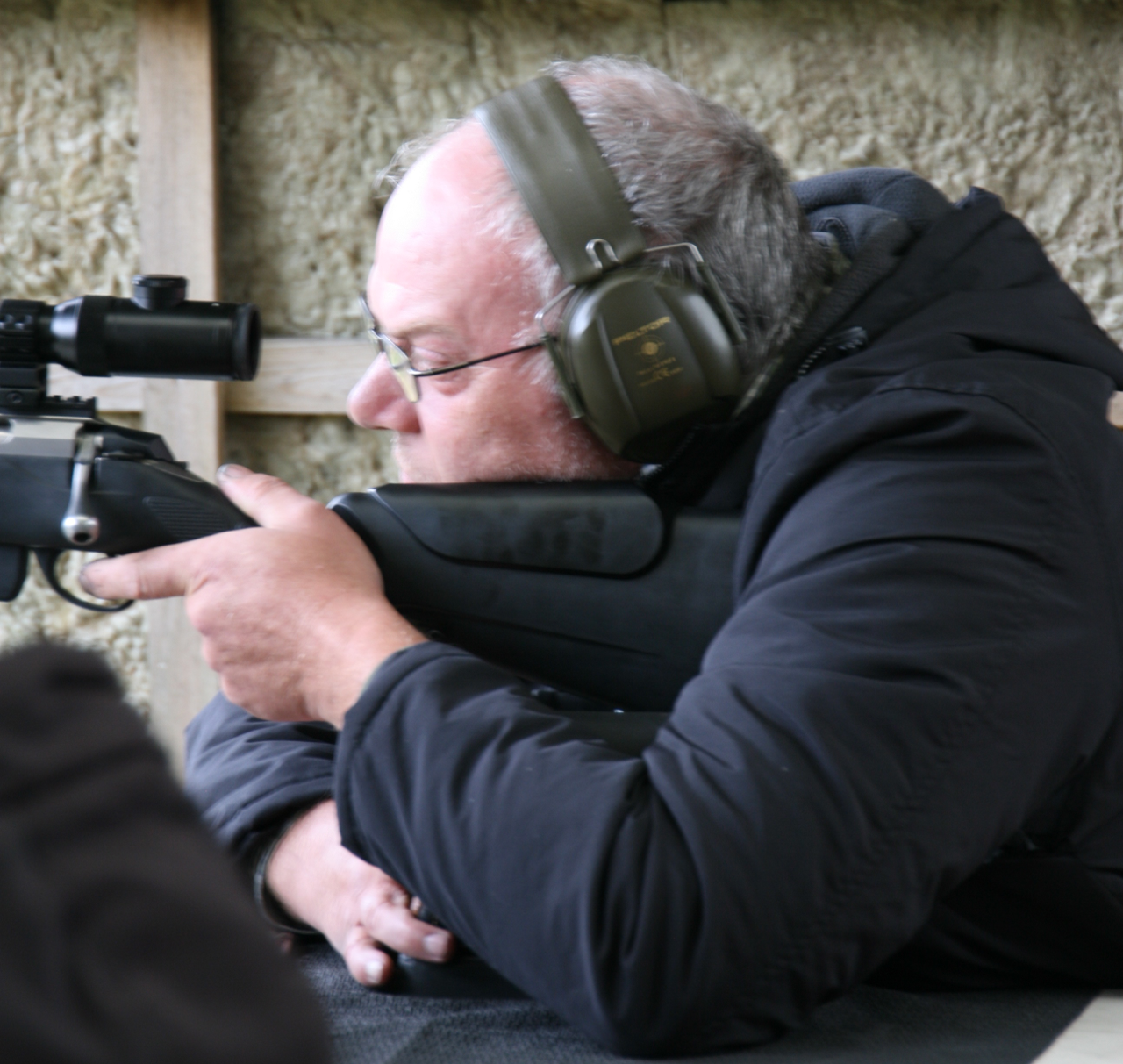 At 1000 yards, we also shoot for score as well as group size.

Now that’s over for another year, we move to our 600 yard winter series. The first shoot will be on Sunday 15th October (please note date change). As always, all are welcome to come along and shoot. More info from vinceb@targetshooteronline.com

Thanks once again to Emily Lenton for the photographs. 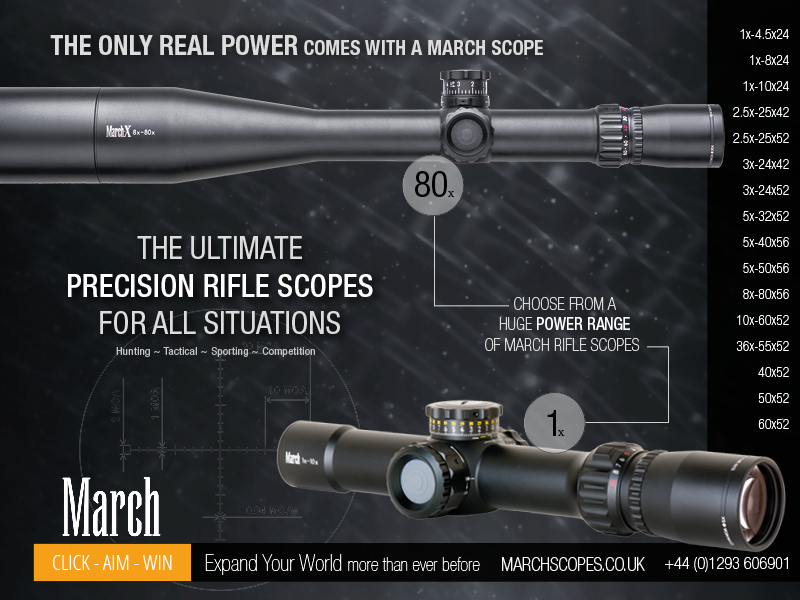