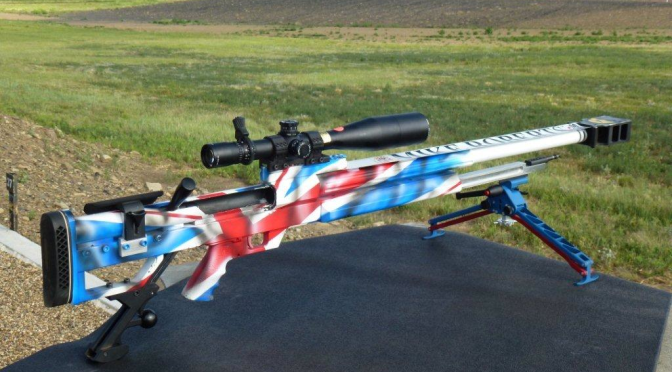 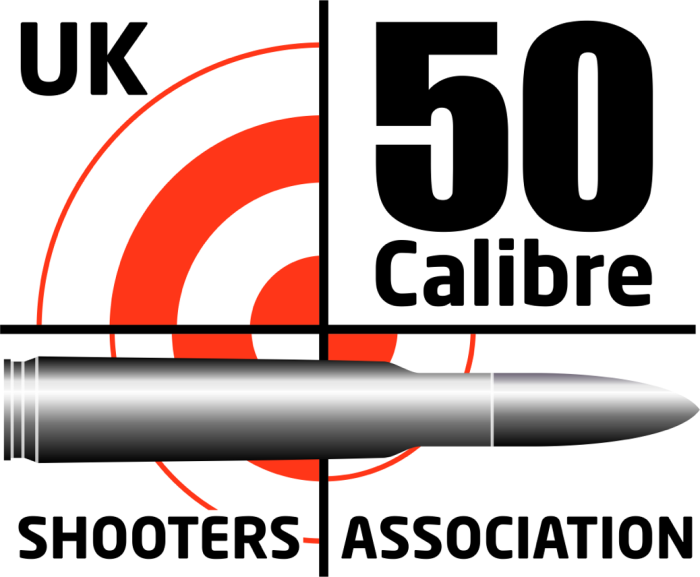 With the advance party already at the Mile High shooting centre in Denver, CO, the four remaining GB team members found themselves at Manchester Airport early on the 28th June. It was with nervous trepidation we entered the terminal, joking about the nightmare time we had at Heathrow some twelve months before, whilst flying out for the 2014 World Championships.

We need not have worried, Virgin Atlantic were waiting for us and had assigned a member of staff to meet us and deal with our progress though the airport. Everything went smoothly at Manchester, bags and firearms checked in, handed over to the UK Border Force personal who completed their checks with a fair amount of banter.

Ten and half hours on the aircraft saw us stepping out of the terminal at Las Vegas, having eased through US customs and immigration, again Virgin Atlantic had excelled themselves and assigned another member of staff to meet us and ensure our swift progress though the US system. We were made to feel very welcome by US customs and Immigration and they showed a lot of genuine interest in why we were in the US.

So why were we in the US? We were there to compete in two high profile competitions, the first being the very first time that “The King of 2 miles” competition had been held and the second was the 50cal World Championships – this being the 30th anniversary of the event.

Ahead of us lay a journey of some 874 miles, the hire car was quickly sorted, one huge 4×4 which easily ate the four Peli cases and assorted bags required for such a trip.

Our Schedule was very tight, we knew once we arrived at the NRA Whittington centre, we would need a full day (possibly longer) to make up our match ammunition. Unfortunately, due to airline restrictions, you can only fly with 5kg of ammunition, well 5kg of 50cal ammo is only 37 rounds! We were going to need 750 between the four of us, to cover the classes entered.

Finally arriving at our destination, we set about checking kit and getting settled in to our accommodation, located on the NRA complex. Then off it to town to catch up with old friends and meet some new over a steak and a beer.

Plans were made to meet at the Eagles Nest on the 1000 yard range for 7am the next morning to build some ammunition! The two team members who flew in to Denver had chosen the soft option and had their ammunition built for them prior to arriving in the US, the rest of us were going to build our own to our specification. Brass had been provided for us in the UK by Extreme Performance Ammunition. 750 brass cases had come with us from the UK, Extreme Performance Ammunition had also supplied the bullets – 770gr match grade turned projectiles, identical to those we use in the UK for training. Powder and primers had been sourced in the US by our host, we are most grateful for Barry’s help with this.

Three of us spent the next 14 hours building 50cal ammo, each load was weighed to 1/10 gr, the brass having already been prepared before leaving the UK, bullets seated in to primed cases and the rounds carefully boxed and labelled according to each shooters needs. During the process, a sample was whisked off to the firing point to be run through the chronograph – how would the figures stack up? A smiling face soon returned with a print out of the results, an extreme spread of 7fps and an average which was just 5fps out from my calculations (2 x 10 round batches) – relief!

The rest of the evening was spent crunching the numbers over another huge steak, in anticipation of the King of 2 Miles competition, the briefing for which was at 6am, numbers crunched, drop charts drawn up, we confidently retired for the night.

At the briefing targets were identified, approximate distances given and actual target dimensions, this was to be our first hurdle to overcome. Due to the weight limit, we had fetched with us a limited amount of equipment, meaning we did not have the heavy Leica Vector rangefinders, which I rely on heavily in the UK, we were also using borrowed spotting scopes and tripods, thankfully these were first class. As we assembled on the firing point, it quickly became apparent that numbers were not adding up. The first shooters down were all having issues, now I will add here that these are world class extreme long-range shooters but, there were hits on targets being recorded. The wind was also adding some fun to the shooting switching left to right in a heartbeat.

I was the first British shooter on to the firing point, my rifle had been setup with a March X 8-80×56 scope, kindly loaned to me by Gary at March Scopes UK, I knew the scope was zeroed at my UK 1000 yards but that was at 700ft above sea level, we were now at 7500ft above. Time to see if the math worked? My two spotters were updating the wind and conditions, I settled behind the rifle, placing the first target at just over ¾ mile in the centre of the March’s reticule, the magnification was on 40X. Listening to the wind call I adjusted right and held the edge of the target, sending the round on command. Two and half seconds later there was a large clump of dirt bouncing in the air – the round was short – a long way short. I measured the drop with the March reticule and quickly dialled in the adjustment, making a note of the actual drop on my shooting log. Windage was spot on but I shook my head at why the round was so low – surely it should have been high if anything? (Turned out that even though the altitude density was really 13500 feet – the wind coming down the valley had a significant effect on the shooting, this became apparent on day two, when shooters found that they were up to 10MOA higher than the previous day’s elevations on the same targets, especially those at over 2200 yards)

Next round down struck the centre of the target with a resounding ‘thwack – I closed my eyes with relief and smiled – at least I had not missed with all my shots! (Some of the earlier shooters had missed all targets and all shots!)

My early data, helped all bar one of the UK shooters to successfully engage the initial target, although he was successful further out.

The second target which was at just shy of a mile, was only 17 inches wide, this proved the downfall of over three-quarters of the shooters on the line, 12 MOA of wind was required at time dropping to only 1MOA without any notice.

Thankfully, one of the UK teams made it through too day two (top 10 teams) whilst the remaining three teams all finished in the top 15, quite an achievement after such a journey. We will be better equipped next year, rangefinders, spotting scopes with etched reticules and our kestrel weather stations will be on the firing line with us. The top UK shooter eventually finished 9th overall.

After leaving the firing point for the Ko2M match on day two, it was time to weigh in our rifles and get ready for the main event as such, the 2015

Rifles weighed in and reset to a 1000 yard zero, we had a short spell of practice on the 1000 yard range, this helped to settle everyone down and bring back the concentration.

First match up was the Practical Match, this is not PR as such, but simply 50cal rifle shot off the ground with issued M33 ammunition. The ammo as always supplied by the generous people at Barrett. Run at the same time is the Semi Auto Match and, for the first time, we had two UK shooters shooting the Semi Auto Match, one of which was myself. All I will say is that although not placed, I did have a Barret M87 go full auto on me – quite a surprise I can tell you, it was only a 3 round burst and I ended up on 6 points off the places with 1 round off the target – so 2 of that burst scored well! 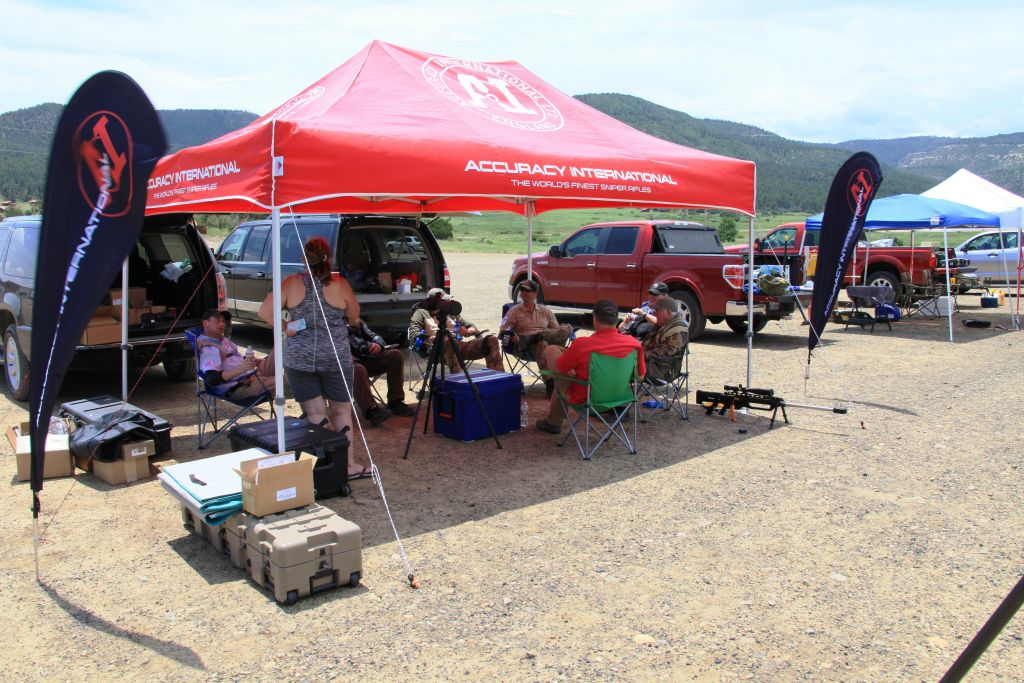 The results of the Practical and Semi Auto match are kept secret until the presentation at the end of the shoot. (The UK took 3rd in both!) 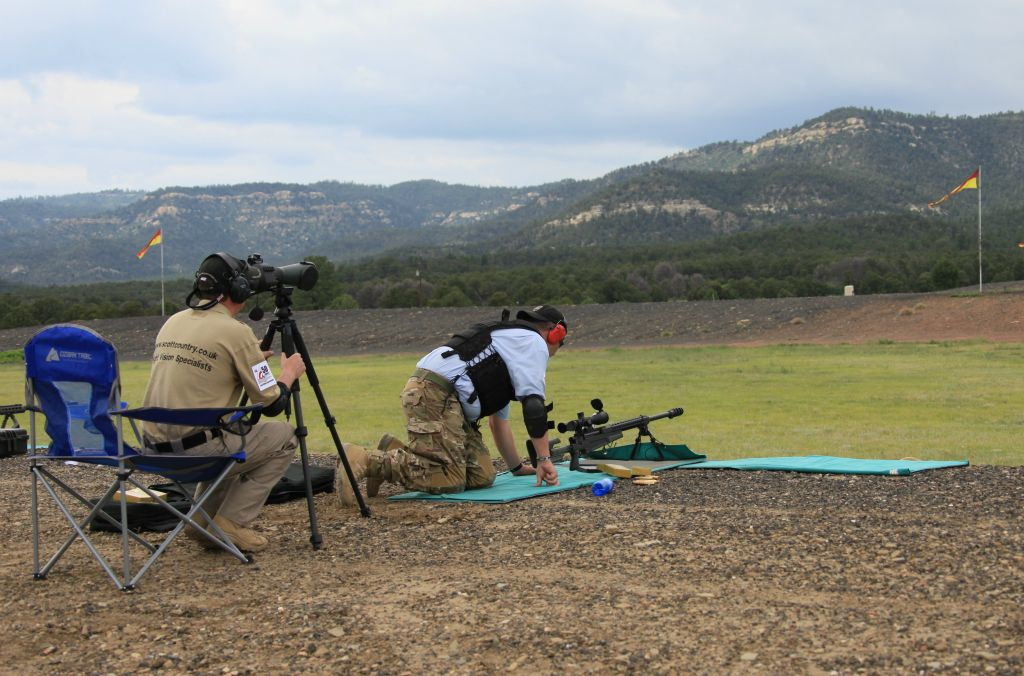 The following two days were spent with the six UK competitors shooting a total of twenty classes for some 1200 rounds of 50cal ammunition – alas this took its toll on the equipment and we had a scope fail and a rifle barrel go. Thankfully though due to the amazing support of Accuracy International, we had a spare rifle on site and it was a very quick matter of changing a scope and the shooter was back in the X ring within minutes. Without the support of AI, the whole trip would have been much more difficult. The two days saw some fantastic shooting from the UK shooters, with everyone setting new personal bests in both score and group size, this was reflected in the prize hall, where we went away with our highest tally of trophies yet and some great prizes from the prize table. The UK team came home with seven trophies in total. 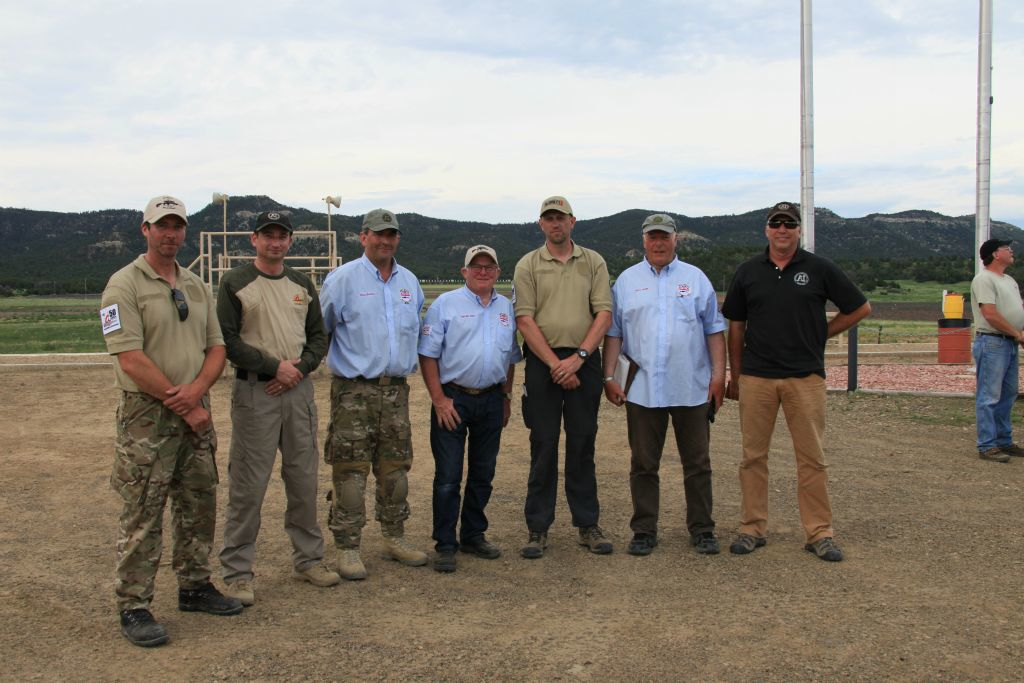 This would not have been made possible without the amazing generosity and support of Extreme Performance ammunition, Accuracy International, March Scopes UK and Sightron. 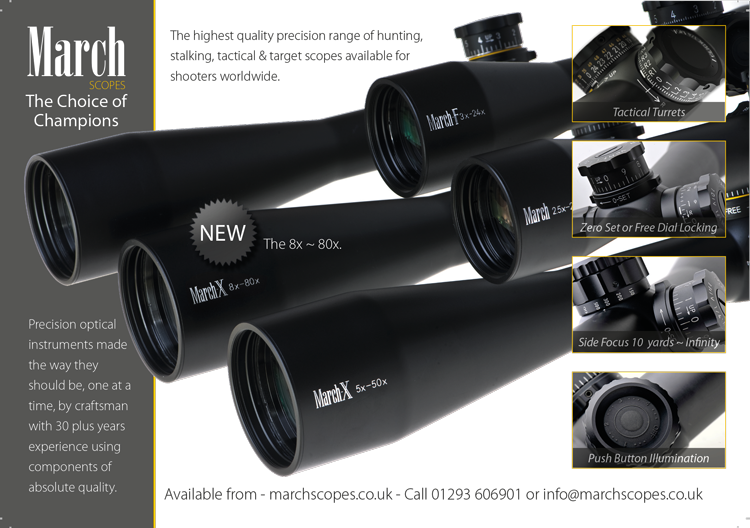