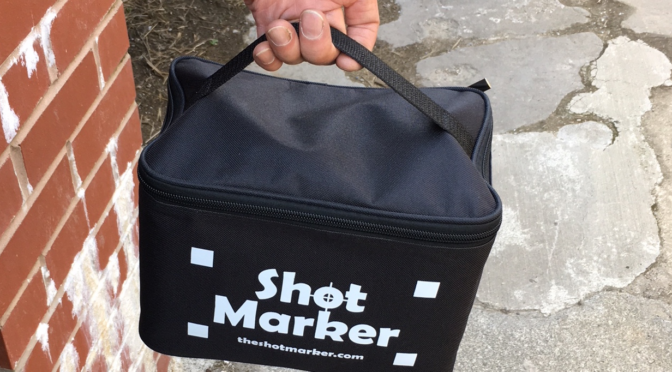 About three years ago at Diggle Ranges, we tested an electronic target from Silver Mountain in Canada. It worked OK but, although a lot cheaper than the Konsberg system, we weren’t convinced enough to buy one.

However, in the intervening years, Silver Mountain have progressed. The ‘package’ is now more compact, the software is superb and they are easy to set up and seem to work faultlessly. Oh – and they are a good bit cheaper, at around £2500 per unit.

OK – that’s not cheap for an individual or small club but it’s cheap enough for larger organisations and indeed, the GB F Class Association has now purchased a set of seven. At recent ‘live’ trials, they worked faultlessly and were given the ‘seal of approval’ by all competitors. Once you’ve shot on electronics, it seems a backward step to go back to butt marking.

The Silver Mountain target system is very comprehensive. A large range of popular target faces are available from NRA/ICFRA through to the recognised military stuff like fig. 11 and fig.12 plus IBS 1000 and 600 yard benchrest targets. The software permits several options, like sighters, group sizes, terminal velocities, totaled scores, SD’s and of course shooter’s details.

But, as the heading says, we’re here to talk about another brand of electronic target – the Shot Marker. This is a very similar set-up to the Silver Mountain in many ways but for a fraction of the price – i.e a third! At this kind of money it could appeal to any serious competition shooter or group of shooters. 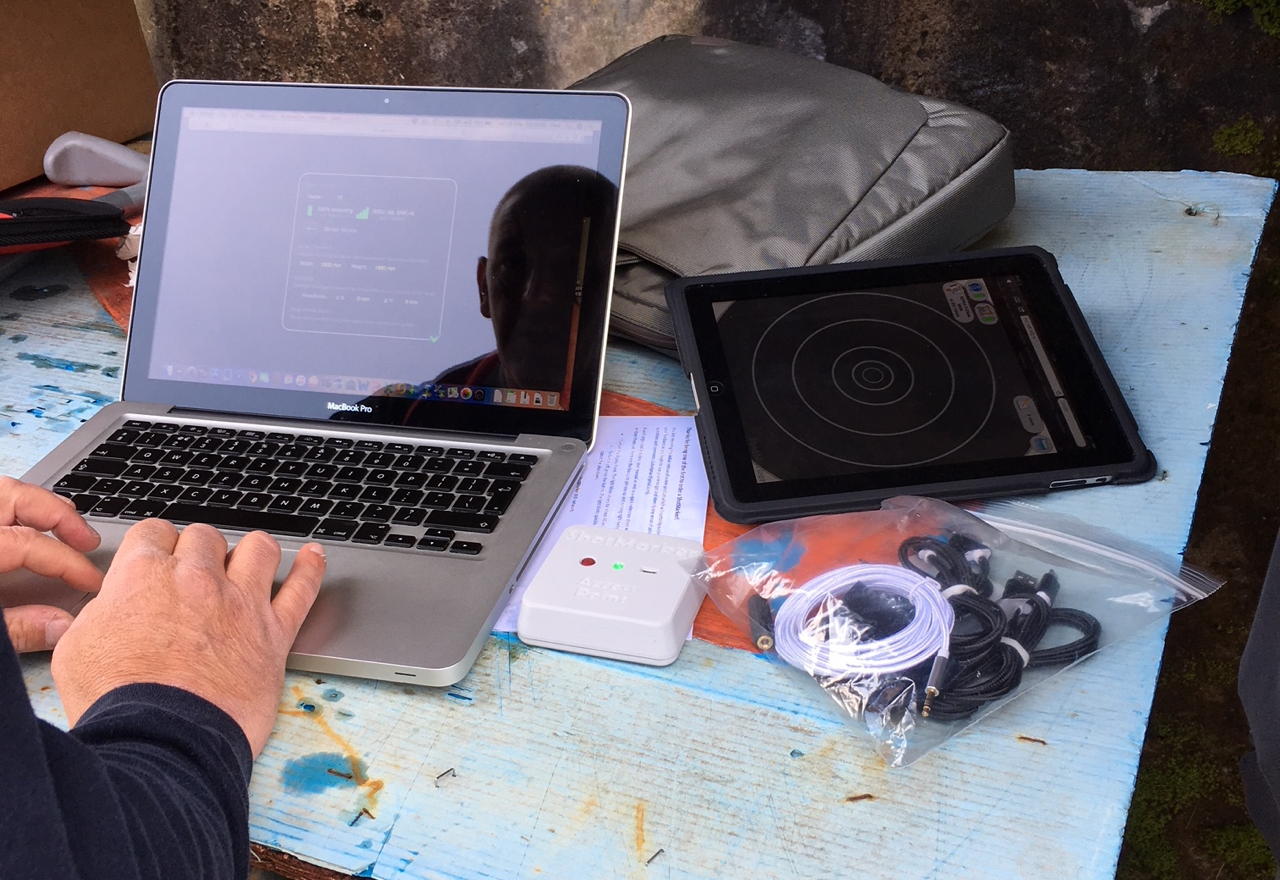 At a third of the price, can it really compete with the Silver Mountain? Unfortunately, due to limited time to test the Shot Marker I was unable to give it a thorough work-out but, it did record my shots in a very similar way to the Silver Mountain. Target availability is less extensive than the Silver mountain but, upgrades are on the way. 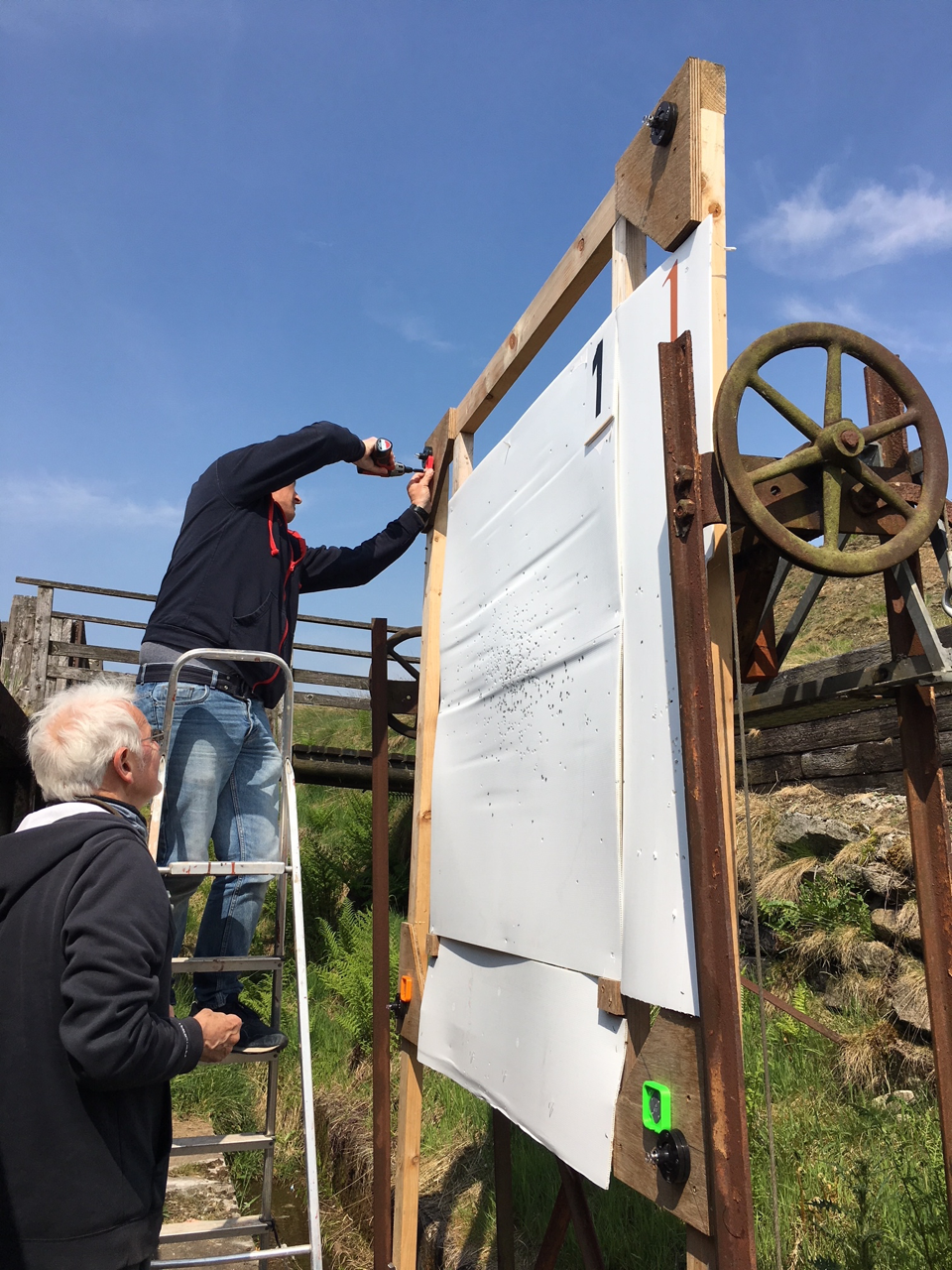 Using the target frame I had already made for the Silver Mountain target, I simple fixed the corner sensors in position and carried out the X and Y measurements to imput into the system. Then, it’s just a matter of using the supplied ‘centering’ target to determine the optimium centre. 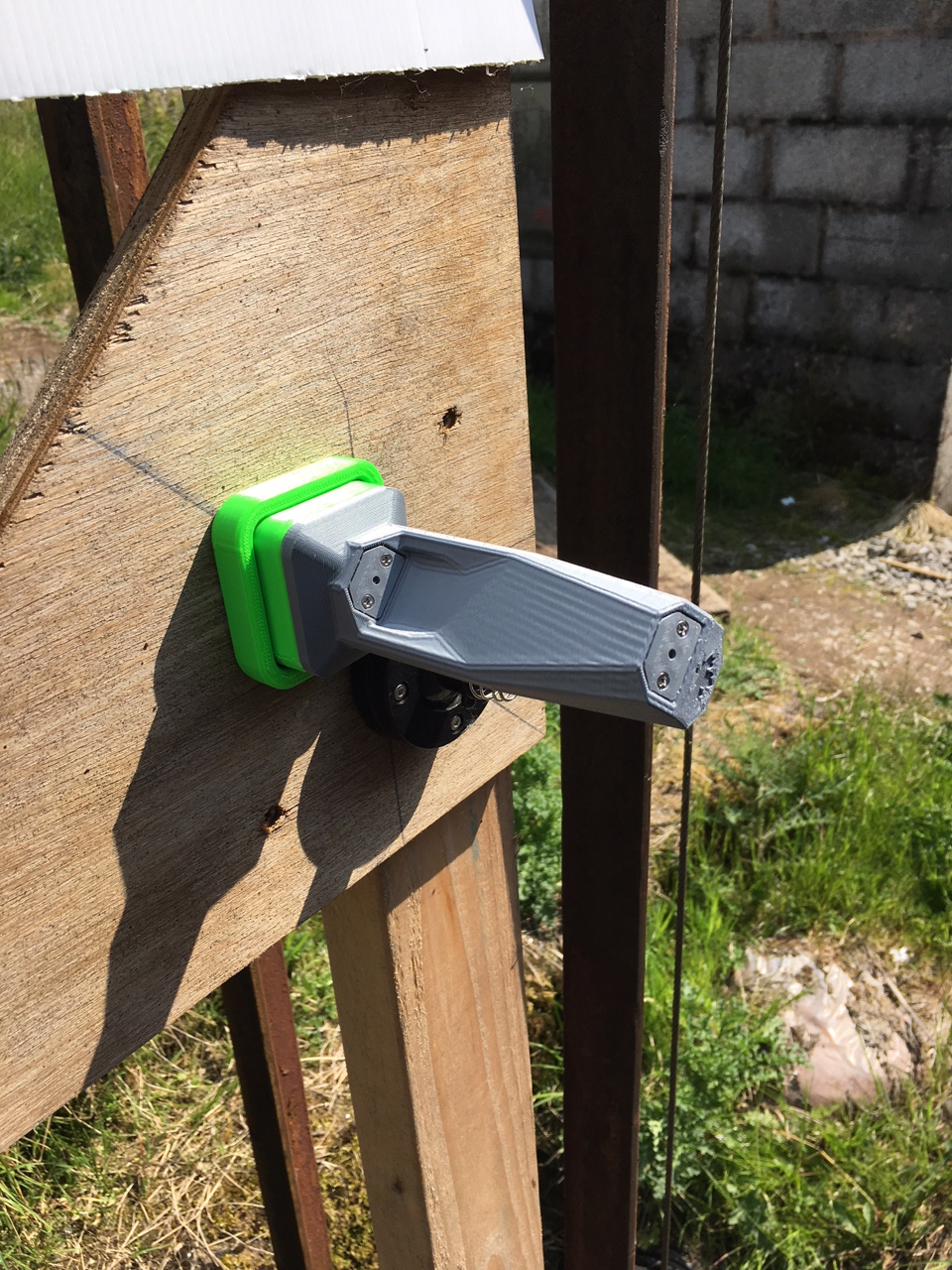 One nice thing about the Shot Marker – the four colour-coded double sensors are held in place by magnets – which makes set-up and stripping very quick. The wifi ‘sender’ and firing-point sensor are very similar to the Silver Mountain and are re-chargeable. The blurb claims around 20 hours battery life when fully charged and the range is up to 2000 yards, though my quick test was at 600 yards. 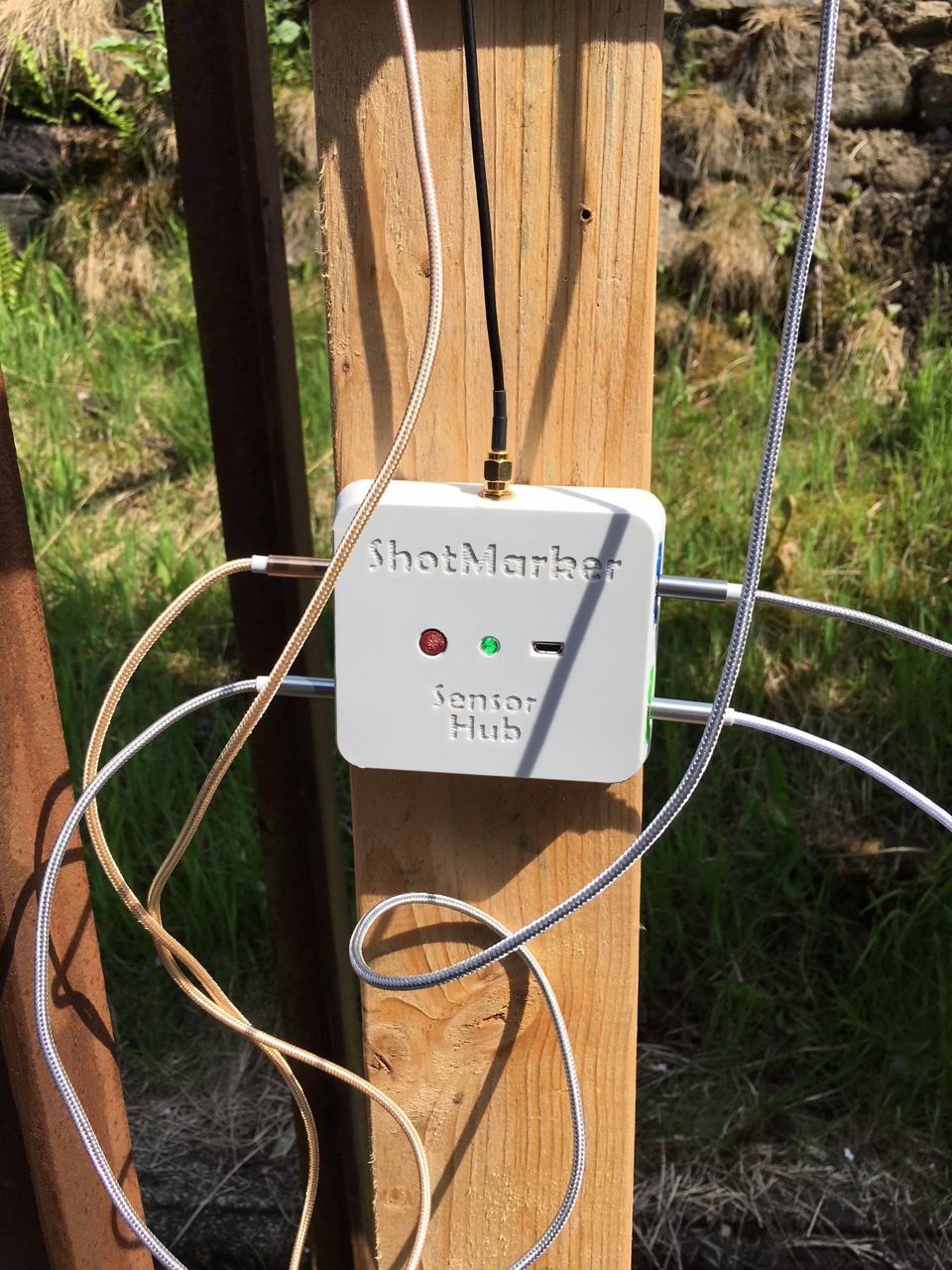 I’ve seen how well the Silver Mountain set-up can work with half a dozen targets ‘linked’ together when running a large F Class shoot. Would the Shot Marker system offer equal results in this type of situation? Simple answer – I don’t know. I’ve only fired a few shots on a single target 600 yards but I hope to carry out a more complete test eventually.

Finally, I must point out that Silver Mountain have introduced a budget version of their system to compete with the Shot Marker but at this stage, I have yet to try it.

Meanwhile, Fox Firearms have the Shot Marker system in stock.